The advantage is in the details
These laptops are distinguished not only by the power of Intel® Core processors and the NVIDIA® GeForce RTX ™ graphics card. They also have extras such as Legion True Strike keyboards, Legion ColdFront thermal layout, Corsair® iCUE RGB backlight, and many other features that make you an advantage. Now you can wreak havoc with even more comfort.
Because entertainment must be addictive
Displays with FHD (1920 x 1080) resolution in a narrow frame present rich colors with high contrast and saturation, and smooth video without the effect of tearing the image. Smart amplifiers with Dolby® Atmos Speaker System deliver cinema-quality sound. Now you don’t just have to play – you can feel the game completely.
More mobile power
Lenovo Legion with the BoostStation graphics station is a way to achieve desktop-class performance. Connect any Legion laptop with a Thunderbolt ™ 4 port to this station to further enhance your computer’s graphics or increase disk space or peripherals.

There are no reviews yet. 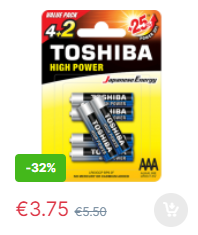